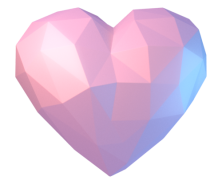 “Gamifying” mindfulness might seem strange, but it’s becoming quite a trend.

There’s a new concept in mobile design being developed by the former lead programmer for Assasin’s Creed 2, Brie Code. They are called mobile “companions”. Not quite games, and not quite apps, they play with concepts in Cognitive Behavior Therapy, game design, and the neurological stress response sometimes called Tend and Befriend.

Brie Code’s company, Tru Luv Media, has one full app available for iOS called #SelfCare, and a mini guided breathing app called #BreatheLuv. Check them out!  They are free to play, but with in-app purchases for customization, so they need a little restriction to use with students.

The Let's Play Program was created by Jamieson Taylor because of a really good podcast. Troy Grooms has provided invaluable technical and professional advice and assistance. Education expertise and oversight have been provided by Daryl Taylor